Tattooing a lyre and chisel

When you think about the Trossingen Lyre, often the first thing that comes to mind are the rich engravings on the instrument. “Are you going to cut those too?” was the first thing people asked me when told about the lyre project. After confirming I would, the general reactions were in the “You ARE crazy”-region. Being used to that assessment, I took to work on two lyres…

The figures on the lyre consist of a multitude of images and scenes. There are twelve warriors with shields, weapons and sassy shoes, a giant spear, and an abundance of snakes, crawling around in strange, but intricate knot patterns.

Rather than just making a ‘print’ of the original artwork, I thought it would be more appropriate to re-construct the scene. To make a ‘perfect’ rendering of the engravings in CAD; with straight, sharp lines. To grasp the underlying idea, the intention if you will, of the original maker. Without the imperfections of the human hand. This gave the basic design to work from, while cutting by hand gives it the natural feel the original has.

The technique used to decorate the lyre is known as ‘kolrosing’. An old method that’s still practiced in Scandinavia today. Sometimes people compare it to tattooing. You cut lines in the wood. Afterwards the slits are filled up with a dark powder (traditionally charcoal, but you can also use cinnamon or coffee grounds) and fixed in place with linseed oil or wax.

I started out with scalpels and Xacto knives, but soon they began to hurt my fingers. This custom knife was made out of an HSS drill bit and an old paintbrush.

But for actual tattoos you need another craftsman/artist. It’s an art form that has always appealed to me. For years I have thought to get one myself, but never found an artist whose work spoke to me. 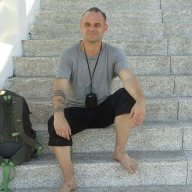 Until two years ago I met Damy van der Waal a.k.a. “Mr Staalbad”. He is an all-round artist: woodworker, re-enactor, graphic artist, who also casts bronzes and… specializes in traditional hand poke tattoos!

Besides his own studio, he also works live at living history events. After seeing the tattoos he did on a couple of friends I was convinced.

The technique of handpoking (also known as stick-and-poke) is different from the modern tattoo method. Instead of using oe of those buzzing machines, the tattoo is entirely done by hand. While a machine rips up the skin with a high frequency needle, the process is much more gentle. Resulting in less noise, less trauma and quick healing.

You can see the process in action in this video (enjoy the Dutch language).

The handle for the needle he uses is based on a find from Denmark. The original has a single bronze tip, but that wouldn’t be advisable to use, so a modern sterilized needle is attached to the handle.

A copy was made by Roodbaert, a genius blacksmith and living history veteran.

But what to get? My favorite Nooitgedagt Chisel off course!!!

Say for yourself; what is better for a luthier than to have a chisel with him at all times?

Having this tattoo was a great experience, for me it’s also a mark in time. Closure of the hard times of burn-out, depression and recovery over the last years. I am very thankful to Damy for his patience, skills and enthusiasm while working on this project.