Every now and then someone walks in with a special project. This is certainly one of those. A little piece of Dutch guitar making heritage…

When it came to me it was a mess: a loose neck, large gap between the soundboard and side at the treble side, only a couple of frets left, missing inlays and nut, fingerboard and headstock dispatched from the neck, and an action normally only used for the overhead wire of trams… A nice challenge…

One thing was very strange: the guitar was made with very simple materials, made a bit crude, but with a lot of attention. One thing that intrigued me was the plastic rose in the soundhole. At first we thought it maybe was made to resemble a baroque guitar rose. Perhaps the maker had been looking at Vermeer’s guitarplayer? The inlay around the border would suggest so… 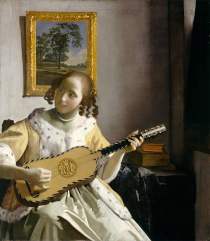 But later I found this ad from around the same time, showing guitars made on Sicily.

One of the best things about restoring guitars like these are the personal stories that go along with them. This one belonged to the owners’ mother. When I inquired after her memories she wrote this:

“I was there when my mother bought it. In a store on the Prinsegracht in The Hague, close to the Lijnbaan, on the side of the Bijenkorf. I think it was new. It must have been between 1946 and ’49, I think 1948. Which store it was in The Hague must be possible to determine based on the address, I don’t think there is much choice.”

Well, it proved to be much more difficult than expected. We haven’t found the name of the store. While there were a couple of legendary music stores in the city, none of them was located at the said address.

the late fifties onwards, The Hague was known as the  “Beatstad” (Beat-city) of the Netherlands. Many famous bands have their roots there. Names like “The Golden Earring” and “Shocking Blue” are known all around the world. Most of them got their instruments in the store of “Servaas”, which became a well known meeting spot for musicians.

But that all still was in the future when this guitar was made. In the years after the war Europe was licking its wounds. There was a shortage of almost everything and people used what they had. We see this reflected in the construction of this guitar;

The neck is made up of layers of poplar multiplex. It’s very thick in order to withstand the string tension.

The treble side has a strange joint almost halfway the body. It was probably made of two shorter pieces. 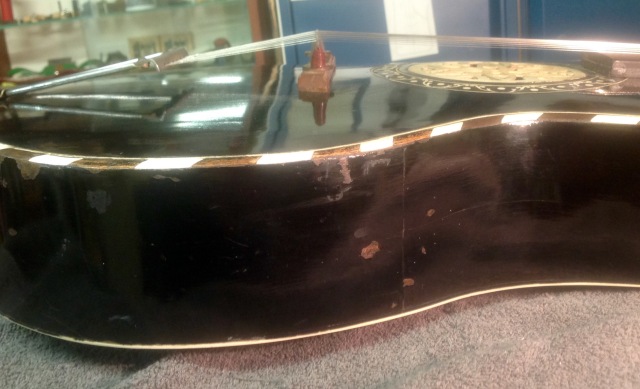 And so is the “Euterpe” logo.

We don’t know wheter the tuners were originally in this state (which could be explained by the shortage of materials) or that the two uppers have been fitted at a later date. Tuners with this type aluminium buttons were used regularly by Vox Humana. Although the models on the bass and treble side are slightly different in design.

A lengthy restoration took place. I never rush restorations and sometimes take large pauses between operations. To let the glue set, but also to know for sure that the instrument can handle it.

You may regard me a “conservative” restorer. Not in political or philosophical views (take a look around this blog), but when it comes to doing something to an instrument. I like to keep it as original as possible. Preserve, rather than renew. I do what’s necessary for the guitar to live on, to keep its integrity.

It would have been easy to strip the whole body and neck of their paint and respray the whole guitar. But that would have taken away the whole character. Dents and scratches are part of its history. After all, the guitar is almost seventy years old, we also look different with age…

The only thing I had to repaint was the neck, because all the original paint was coming off and it made playing impossible.

I replaced the missing aluminium block inlays, glued the neck back together and gave it a refret (using fret wire of the original size). The body was treated seperately, closing the gap and replacing the plastic (!) inlays.

After the neck was put on a new bone nut was made. I cooked this in strong coffee to give it a more aged look. Because of the zero-fret the nut’s only job is to keep the string spread even.

The fact that it has been made with simple materials doesn’t mean it was made quick of careless. Cutting the inlays must have taken a lot of time. It also seems like the top and back were cut out like a violin, from solid pieces of wood. 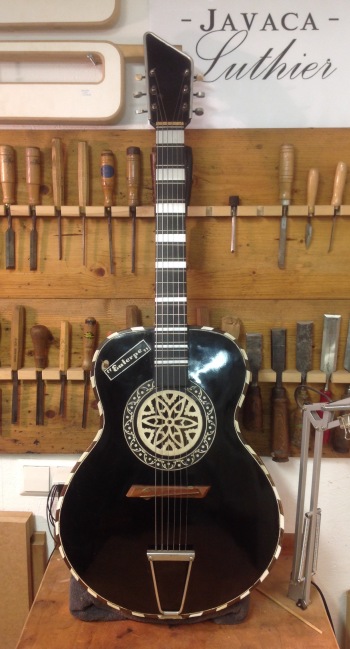 The name Vox Humana is well known in the Netherlands, especially to people who built guitars. Until recently the store in Vlaardingen (near Rotterdam) was the only place to get guitar making supplies and parts. They also do a lot in customisation, repairs and maintenance of guitars. But it’s less known that it started out in Rotterdam.

The company was originally founded by Wil Saris in 1922? (later labels mention this year). And named after the organ register with the same title. They are very well known for their lapsteels, as Hawaiian music was very populair in the years around the second world war up into the fifties. The foundation for its popularity was can be found at the other end of the world. Indonesia (then known as the “Dutch East Indies”) had been a colony from the Netherlands since the 17th century. It was (ab)used for its natural resources spices, coffee, rubber, wood, oil and minerals etc.

A Vox Humana lapsteel from roughly the same time. Note how much aluminium and plastics are used for inlays.

Over the years many Dutch families moved to the colony to work. Often staying for multiple generations. But they stayed in contact with their families back home. After the capitulation of Japan in 1945,

Since 1924 there was even a direct connection to the colony by airplane.

Indonesian nationalists declared independence, which was fought over during the Indonesian National Revolution. In 1949 the Netherlands formally declared Indonesian sovereignty.

Many of the Dutch families that lived in Indonesia returned to the Netherlands, bringing along something of the culture they had known in the East. Amongst this were different styles of music; Hawaiian, Krontjong and early forms of rock & roll.

A lot of these families found a new home in Rotterdam and The Hague; and the rest is history. Bands like the “Kilima Hawaiians” (who played Vox Humana instruments) and “The Wailana Hawaiians” were very populair.

Later the “Indo-Rock” would take it a step further…

In 1957 Saris sold Vox Humana to Cees van Loon, who moved it to Vlaardingen where it remains to this day. 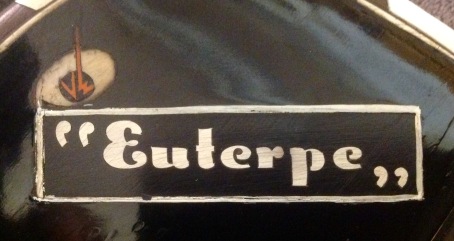 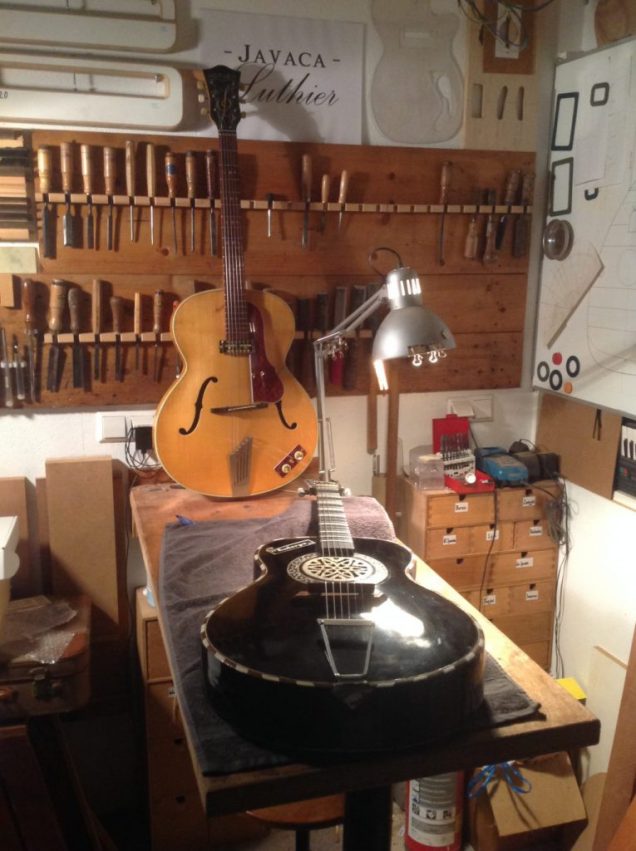 The guitar was fitted with flatwound strings (just like the couple of old ones that were there when she was brought in). After a good setup and intonation she was good to go. The sound was a nice surprise, very loud, but well balanced and with very deep basses. I could easily imagine playing it in an early fifties dance hall…

It was a privilege and a pleasure to restore this guitar. Hopefully she will be able to sing for the next 70 years…