To fight or to write?

Earlier this year I helped to set up an exhibition about the Second World War in my old hometown Langbroek. On occasion of the 70th anniversary of liberation. It was a co-operation of multiple local organisations and collectors of WWII memorabilia. My father and I were asked to help because we know a little about the local history.

While compiling the exhibition it soon became apparent that there was more than we thought. The collectors brought their best pieces and a lot of local anecdotes and stories came forth. But when we started to compile it together it was more like a warehouse of militaria and memorabilia than an exhibition.

My father working on one of the exhibits

We spend a couple of days to re-arrange the objects, make frames and write captions, and put the stories in chronological order; to tell the story of WWII in Langbroek. But also to put this in perspective of the whole war.

Along the way other local people walked in, with other objects, anecdotes and stories.

Newspapers, photos, pamphlets somebody even brought in an old army jeep!

Somebody even brought in an old army jeep!

The “Chart of Freedom”

A friend gave me a little booklet. Old, without a cover. The title read “Handvest van de Vrijheid” (Chart of Freedom), published by the information service of the Dutch government, London – 1943. In it were quotes about freedom by famous people from history; Homer, Plato, Rousseau, Dante, Thomas Aquinas, Kant, Einstein, but also Churchill, Stalin, Roosevelt and the Dutch queen Wilhelmina…
Some searching on the internet learned that some versions of this booklet were printed on bible paper. They were dropped by parachute behind enemy lines to distribute among the resistance, as a sort of moral support. But also to establish a sort of ideological basis on which a new state could be founded after the war. To fund this work and begin the work under the Dutch who fled to England they were also printed on thicker paper and distributed there.

When we showed the book to one of the collectors (an old army officer) he shook his head in disdain and said laughing: “When one isn’t good enough fight he has to write”…

All pieces were given a place in the exposition or were used in the powerpoint for the lectures we gave. One in the afternoon for the youth of the local schools, and one in the evening for everybody else who was interested…

The attendance at te evening was overwhelming. Well over a 150 people in a very overcrowded community center. A voyage through the war years, stories about the local resistance, food distribution, bombings of a castle nearby, people who were deported or died. But also of the liberation and feasts afterward. Sad stories, but also some great laughs; things that make a community.

When researching things like this I completely submerge myself in the matter available. Information gets added and contributes to the whole story. I try to put things in perspective and relate them to each other. And also to find examples from the local village that help to tell the big line of history.

Sometimes we just walk past places where major things happened, without knowing it. But if the stones of some buildings could speak, they would have a lot to tell.

But along working with this something happened. I started to see analogies with the present. At first I shook my head, turning away, saying to myself that it was wrong. But the feeling wouldn’t leave. It started to fright me; are we really on a ramming speed heading for the brink?
And I know it is a misconception that history repeats itself; the circumstances are always different. But it doesn’t mean that we can’t learn from mistakes made in the past.

The advent of the WWII: The world was licking its wounds from the Great War. In 1929 the stock market crashed and the great depression set in. Inflation and unemployment lead to hunger and discontent. New ideologies come to a rise. Communism in Russia. In Italy the “Fasci di Combattimento” with their leader Benito Mussolini, in the Netherlands the “Nationaal Socialistische Beweging” (National Socialist Movement) or “N.S.B.” lead by Anton Mussert.

In 1933 the National Socialist Party (NSDAP) of Adolf Hitler wins the elections in Germany. Their message is clear: Germany lost WWI because they were betrayed by an international conspiracy of Jews and communists. Under his leadership Germany would become great again, and rise to its rightful place at the top of humanity. 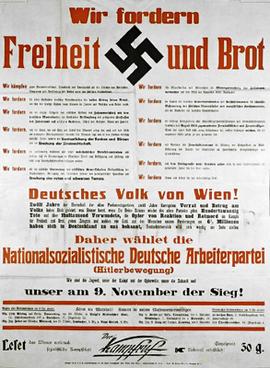 “We demand Freedom and Bread”

See how it works? Those little sentences will get stuck in your brains forever…

But what has populism got to do with it? 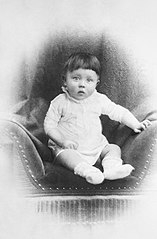 Hitler was a populist avant la lettre, who said what the people liked to hear. They wanted to hear that the present depression wasn’t their fault, but that others were to blame. He found his scapegoat in people who were different; Jews, Gypsies, Gays, Jehova’s Witnesses…

Earlier I compared the rise of populist politicians with the behavior of  the pied piper, a catcher of rats. He lures his victims in with enchanting music, and doesn’t stop untill they are stuck in his trap. He gives them exactly what they want to hear; repeating to what they shout the most for and brawling even harder. Playing the masses, encouraging them to cry out loud, and to blame the scapegoat he presents.

Our own role and responsibility

But it’s too easy to put the blame only on the rat catcher. That would disqualify our own role in this. A populist is created by the people, a reflection of the venom in society. He is simply an opportunist, who uses the discontent of the masses for his own gain, to turn a good account. In his slipstream is a whole army of other opportunist, attracted by dreams of prosperity and power.

But we also have a responsibility to preventing this horrible history from repeating itself. By staying awake, being critical, listening to what politicians say, but also what they do. Are the beautiful scenes they picture realistic? Or are they just more and more of the same enchanting music?

Voting is a right, a privilege, fought hard enough for by other people before and present. But with this privilege comes a responsibility. A democracy flies or fails by means of an informed, well-thinking and educated citizen. It’s not a game, not a television show, despite what some people and media would like you to think. Don’t vote for the most handsome candidate, the most handsome face, or only because somebody is funny, male or female. But if you don’t know what to vote or want to vote; don’t vote, but don’t nag about the outcome either. I have seen so many people who refuse to vote, but whine on and on again that “nothing ever changes” or that they were never asked about their – rather strong – opinion. Elections are the moment when the opinion of normal citizens counts. When we have an opportunity to let ‘them’ hear what we think.
That’s where the word “Democracy” originates from; the Greek “dêmos” (people) and “krátos” (power).

The disdain in the words of the old army officer struck me; “When one isn’t good enough fight he has to write…”
Yes, but isn’t it also true the other way around? When one can’t write, he is likely to start fighting… That’s what we have seen with the terrorist attacks on Charlie Hebdo in Paris, or the more recent events in France, Belgium and the USA. Both by muslims as by christians who chose to communicate by violence rather than words.

At the moment it was said I didn’t have a reply at the ready. But the words kept resonating in the back of my head, and are still resonating today. That’s why, at the end of the lecture I stopped the funny stories and took the stand to say what I wrote above. 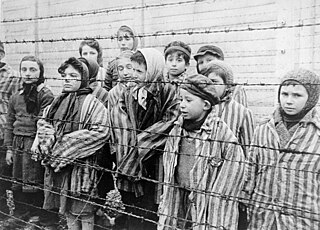 Because we all know the pictures of the holocaust, the murder of people on an industrial scale, and say: “Never again”. But what are we doing ourselves? Are we trying to prevent this from happening again? Or are we also looking for scapegoats for problems our own society has created? We’re doing the same thing as our ancestors, when we try to put the blame on muslims, refugees or immigrants. 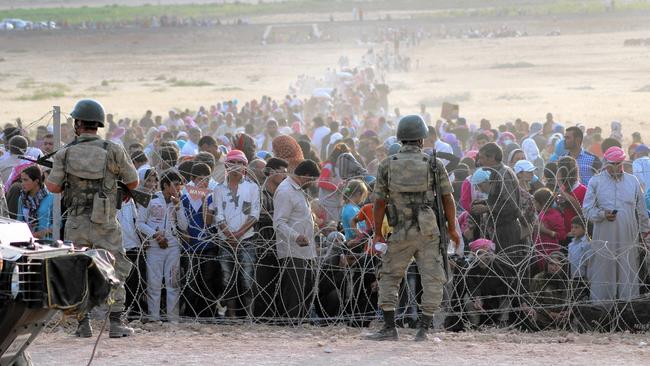 Needless to say that ome people felt attacked or reacted averting: they were there to hear melancholic stories about the past, to get entertained, not to be pointed to their own responsibility. Especially not from some young bloke who has a crazy way of thinking and questions everything they hold dear.

But I tell this story because it’s our shared responsibility. Yours as well as mine. And I say it because I’m somebody who writes, instead of fights. I am not a fighter, never have been. I haven’t got a fast reply to violence. I don’t know better than to make musical instruments, fragile pieces of art and write books and blogs.

But I’m no politician either, having power over others is something that frightens me, rather than something I long for. Maybe because it also comes with the responsibility for that person. Many politicians seem to have forgotten that and only seem to be there for their own benefit.

I am sorry for this rant. It’s not meant to offend you. The intention is rather to encourage you. To get up, get informed and to think for yourself. Don’t take it for granted, but literally take care for it. And let me end with the wish I ended the lectures with:

That, thirty years from now,
we may celebrate the centennial of the WWII liberation,
and not ten or twenty years from the third…

1 Response to To fight or to write?