The feast of Saint Nicolas

One of the feasts almost unique for the low countries is that of Saint Nicolas or “Sinterklaas”.

Although the official feast is at the 6th of December, in Dutch and Belgian homes the evening before has become just as – or perhaps more – important. Like Christmas in other parts of the world, people get together to exchange gifts. In the weeks before children put their shoe in front of the fireplace, hoping the Sinterklaas and his helper Piet will come by. They walk over the roofs of the houses, and Piet goes down the chimney to put presents in the shoe.

In the Netherlands this tradition goes back for ages, probably to the 13th century. One of the most famous depictions hangs in the Rijksmuseum Amsterdam. It was painted by Jan Steen between 1665 and 1668.

In the center of picture we see a little girl who got a doll and a bucket full of toys and sweets. The boy behind her is crying, he found his shoe to be empty (the punishment for being naughty). His sister and little brother laugh at him. The older woman in the background tries to comfort him by giving a coin.
On the right are singing “Sinterklaasliedjes” under the chimney. The little girl holds a cookie in the shape of the “Goedheiligman” (Good-holy-man).

It’s lesser known that there is a second version of this painting. It’s kept in the Catharijneconvent in Utrecht and was also painted by Jan Steen. This version is later (approx. 1670-75) and slightly smaller.

There are some differences between the two paintings. In this version the girl receives a pie, instead of a doll. This led to speculations that the first painting was made for a catholic family, and the second for a protestant.

I like this idea, but don’t know if it’s true. After the reformation the protestant government tried to stop the celebration of the Sinterklaas feast. In 1663 the Amsterdam magistrate and doctor Nicolaes Tulp (we know him from the painting “The Anatomy Lesson” by Rembrandt), tried to forbid a traditional “Saint Nicolas Market” because the merchandise sold was deemed ‘papal idolatry’. After this the children of Amsterdam started to resist and there even was a small riot… 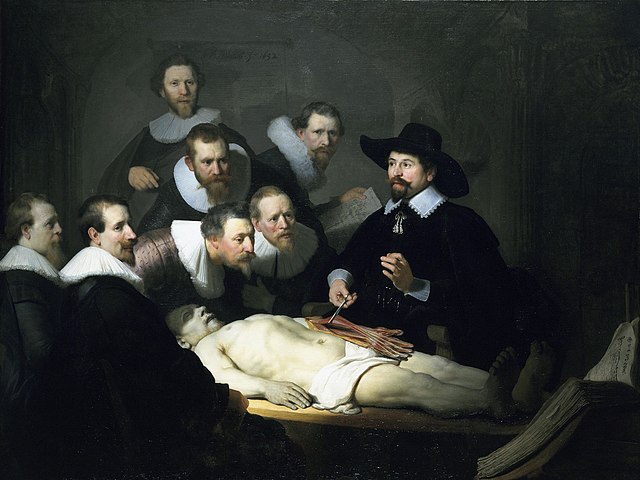 In the lower right corner of both paintings we see a loaf of bread. It’s decorated, with cuts and shiny. The other one has a more oval, boat-shaped form.

These are called “Duivekaters”. Made from sweetened white bread (a luxury) and given as a sort of end-of-the-year bonus. The shape of the latter goes back to pre-christian ages. It was a tradition to sacrifice loaves of bread, shaped like human limbs to the Germanian gods. The name was probaby derived from “Duivelkater” (Devil-cake). But ther is also a link to the feast of Sinterklaas. In this little folk-rhyme:

“Sinterklaasje van over ‘t water,
Sinterklaas from over the water,
breng me toch een duivekater.”
please bring me a duivekater.

Another place we find a duivekater is in this painting by Jan Steen; of the Leiden baker Arend Oostwaert and his wife Catharina Keyzerswaert (ca.1658). 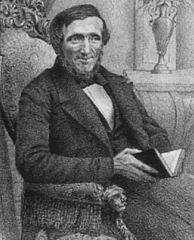 The feast of Sinterklaas has changed over time. In the 19th century the Amsterdam teacher Jan Schenkman revived the feast. He published the book “Sint Nicolaas en zijn knecht” (Saint Nicolas and his helper) in 1850. In this book he used the old stories, but also added new elements. The saint got a helper, Zwarte Piet, carrying a bag full of gifts and a whisk, to clean the chimney, but also to punish the naughty children. They arrived by the most modern means of tranportation available then: the steamship. This was the basis for an entire new Sinterklaas-tradition, that – with some changes– remains to this day.

1 Response to The feast of Saint Nicolas