“TRADITION”, is a word we see on almost everything today. We eat ‘traditionally’ baked bread and drink beer and wine that was made ‘after an old tradition’. When we’re out of options for our health, we like to fall back on ‘traditional medicine’. And we play violins in the traditional Cremonese violins. There are many folklore groups that try to preserve tradition. Or we might even defend traditional man/woman relationships, with the family as a cornerstone – or should we perhaps say headstone?- of society.

Over the last years there has been an ongoing discussion about tradition here in the Netherlands. While the subject of discussion is rather futile, (a typical Dutch December feast called St. Nicolas, where gifts are exchanged, just like Christmas in other parts of the world), both sides have dug themselves in and will probably not rest before “the others” give in.

One side likes to see a change in the way the feast is carried out. as some features (the skin-tone of the saints helper) remind them of the Dutch colonial past and trading of slaves. The second group wants to hold on to ‘the tradition’ and is reluctant to change it even a little bit. Their argument is that it is an old tradition, and, for the sake of at tradition, shouldn’t be changed; “It must stay the same way it ever was.”

I’ve followed this discussion over the years – it was impossible to avoid – and wondered how it could get this far. I mostly got offended by the reluctance of both groups to listen to each others arguments and try to find a solution satisfying for both parties.

I found it hard to find a good definition of tradition. Most encyclopedia’s seemed to lack something essential. And people I asked also had a hard time to grasp it. Last year I read this simple definition:

A body of knowledge, anchored in a place, a culture. A tradition is alive, is transmitted, evolves from person to person. Creativity draws on it in order to move forward.

I like this definition in particular, because it doesn’t make tradition a static entity, but regards it almost as a living thing; a body of knowledge, anchored but ALIVE. Transmitted between people, evolving along the way, instead of being set into an unchanging set of rules.

Traditions have a function in our society and lives. They provide certainties, bringing people together to remember and celebrate. Religious and cultural feasts are marking points in time, preventing it from becoming one vast ocean of dullness. They unite us with people who came before and will be there after we’re gone.

I work within an old tradition of crafts and craftsmanship. But unlike what some makers want you to believe instrument making is no death tradition. It’s an ongoing process, worked in different times and places simultaneously. Over the centuries every maker adds something to the existing body of knowledge. New tools, techniques, materials music styles and fashions come and go. New instruments are invented and others die out.

Traditionally the more conservative groups value and defend tradition over change and progression. This goes far, even to the point where they get stuck with a tradition. The reason behind this is fear. Being afraid to deviate from the given, proven knowledge and old ways we know. Thinking it’s impossible to get back when a new way proves to be a dead end. Sometimes it’s also lack of confidence in their own creativity, skills, society, faith or culture. A fear to lose everything that’s dear to you and thus clinging to what you already know. Sometimes it’s just plain arrogance, especially when faith and culture seem to be threatened because other, new possibilities become apparent. Do tevangelists or right-wing politicians preach against Islam because it is a real thread to their way of life and beliefs? Or do they silently doubt their own? And cry out louder only to boast and give their own confidence a boost? Or do we all think we’re simply worth more than others. That our culture is the most enlightened and should rule all others? Or are we simply ignorant ? Despising everything that goes beyond our own narrow mind?

Saying “that’s because how it always was done” is easy and comfortable. Some people like to follow traditions so don’t have to think for themselves. The tradition contain everything they need, and provides rules that guide their live. Simply follow a tradition, walking in the footsteps of the ones that took the same path before, over and over again. It can be convenient, but also quite boring. They live the tradition, pass it on, but never add something new to it. Some of them even propose to make some traditions mandatory by law, only to prevent us from changing and losing them.

But making a tradition a law, setting it into stone isn’t a good way to preserve it. This creates a rigid form of tradition, that enslaves people. The tradition itself becomes more important than the function it had to serve in the first place. Over time it becomes a soulless, hollow ritual, only preformed for the sake of itself. In fact this is the best way to kill a tradition. Because nothing is added anymore, later generations will become unaware of the function and with the passing of generations it will die out. To keep a tradition alive, we must take care of it, use it, make it our own by adding to it and getting others involved.

I see the same thing in instrument making. People who slavishly copy instruments by other makers. Never questioning why something was done, or if it could be improved. This can make fine instruments, and many builders have a long prospering career with a steady income. But it never goes beyond that. The maximum quality most of them achieve is making instruments that are as good as the instruments they copied. There is no risk of failure, but also no chance of making something truly original, You’re only replicating someone else.
To me tradition is much more than that. It’s a beautiful thing, a great source of inspiration and knowledge. A beacon that will always be there when you get lost. But when you look further into the matter, start to question and push into the tradition, it becomes a ladder that will bring you up to other heights. Even give you the chance to add some sports to that ladder. But to do this we must be prepared to let go of the rigidity of a tradition.

Sometimes the word ‘tradition’ is used as a spell to keep the things they are, an excuse to prevent changes from happening. But we forget that there are other traditions that are cruel. In some european countries bull-, dog- or cockfights are tradition. In Rome the gladiator fights were a tradition. Some denominations of religions or some cultures regard circumcision of woman as a tradition that should be kept. Should we grant them permission to carry on these traditions, just because it is part of their culture? After all it is tradition… 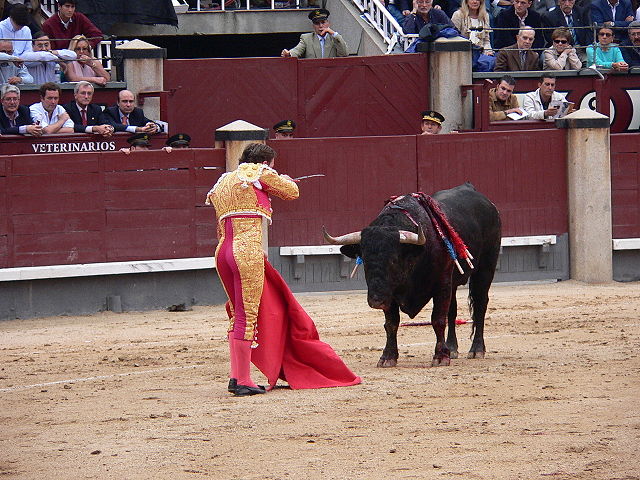 Should traditions be preserved at all costs?

To come back to the Dutch discussion about the feast of St. Nicolas… I think both sides have to look at each other from different points of view, perhaps even each other. Trying to listen what hurts the other and empathize, look what we all can do to relieve that pain. Both need to be informed of the past and how the tradition came in existence (19th century, Amsterdam, Schenkman) and changed during the course of its life. Sometimes slightly changing a tradition is the only way to keep it alive and pass it on to new generations. When we look at the history of many western traditions we will see they evolved over time. We don’t celebrate christmas in the same way as our forefathers , and they dit it different from theirs. Three thousand years ago Christmas didn’t exist at all, it still had to be invented…

Somewhere in the bible there is a story that the farizees question Jesus about his followers. They accuse them of working on the sabbath. Jesus answers them that the sabbath is there to serve te people, not the other way around. I think the same goes with tradition. It can be a help, but also become a burden. Tradition is created by and for people, as a means to help us, not to enslave us.

It can be hard to let go of tradition. Holding on to fast will only choke it. But this can be difficult, especially in dynamic times. It will take courage, love and trust, both for ourselves as for others. Maybe that’s the hardest part…

But the rewards will be greater than what’s lost along the way. There even is a chance that new traditions will be started! So let me conclude with the hope that next year the fighting over all this will cease to exist, and we all can celebrate the feast TOGETHER!

This entry was posted in Thoughts and tagged Ideas, Inspiration, Thoughts. Bookmark the permalink.